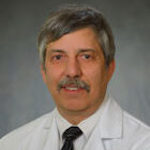 He has been an active participant in national clinical breast cancer trials as he led the Breast Pathology Cadre of Cancer and Leukemia Group B.  Dr. Bleiweiss has published numerous articles and book chapters, as well as a textbook on radiologic/pathologic correlation in breast core biopsies, serves as a reviewer and editorial board member for several peer-reviewed journals, and is an active member of many pathologies and multidisciplinary breast cancer-focused societies.