From the Desk of Dr. Paul Goss: Welcome to GCI

When I traveled to LMICs, I became aware of many deeper problems with cancer care in these countries, and my entire focus shifted. 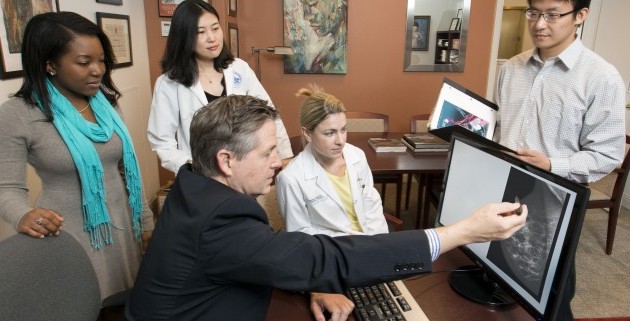 I first envisioned the Global Cancer Institute (GCI) when I was invited to travel the world to give talks about my cancer research. An oncologist and cancer researcher by training, for years I had led multiple international drug trials in >55 countries in pursuit of novel breast cancer therapies. My career had been focused on what I now call “first-world medicine.” But when I traveled on speaking tours to low-middle income countries (LMICs), I became aware of many deeper, unappreciated problems in these countries that entirely shifted my focus after all those years.

I started visiting and speaking at hospitals around the world and witnessed first hand the plight of the patients. After speaking at these clinics, I would be bombarded with questions from junior doctors. They asked for my opinion on difficult cases where others had fallen short, clinging to obsolete practices. They expressed their frustrations with the inadequate health care systems which prevented them from improving cancer care. They sought linkages with the U.S. in hopes of improving these conditions. It was then that I truly realized the clinical problem of neglected cancer cases, and the seed of the idea that later became GCI was planted.

I was born and raised in South Africa under the apartheid system, and it was under this system that I first learned how to practice medicine. I saw firsthand the insurmountable obstacles and discrimination poorer patients faced when trying to access health care.

Change is hard to come by in resource-limited settings. It is obstructed by antiquated practices and lack of new and important initiatives.

Years later – on these tours, speaking with these young doctors – I witnessed again how health systems were failing doctors and, in turn, failing their  underserved patients who so desperately needed help.

Why we do what we do

In the developing world, a patient is twice as likely to die from cancer than a patient in the developed world. There are many reasons for this: ones we can’t change, like poverty and inequality, and others that we can change, like access to care and doctor education. And it is the latter that GCI can address to bring about change and to reduce mortality rates.

Earlier I mentioned that my whole career had until very recently focused on “first-world medicine,” which aims to find new drug targets and ultimately cure cancer. Finding a cure to cancer is very important and we need brilliant minds to continue to work towards finding it.

But the reason I call it “first-world medicine” is because even if we cure cancer tomorrow, the people who are dying the most from cancer still would not be able to access that cure.

The cure for cancer would inevitably be expensive and restricted only to those who could pay for it. You would save more lives just by giving everyone in the developing world 1970’s cancer treatment – what I call “bread-and-butter medicine.” Our goal, therefore, is not to find a cure for cancer, but to provide the developing world with the tools it needs to access the bread-and-butter cancer care that is so desperately needed. That is how global cancer control can begin to move in the right direction.