Venezuela: The Absence of Healthcare Amidst Economic and Political Chaos 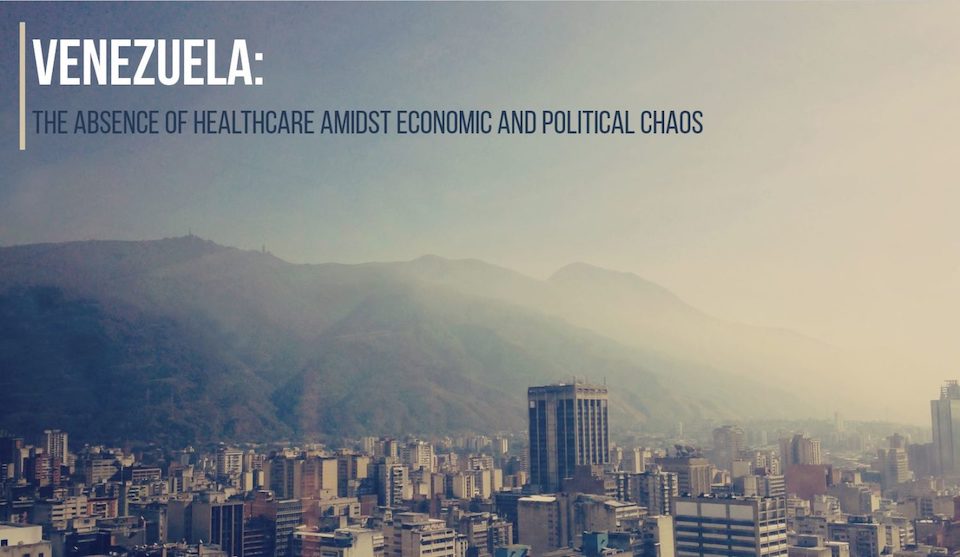 Venezuela used to have one of the richest economies in South America. However, since a drop in oil prices in 2014, oil being the country’s main source of income, Venezuela has only seen economic recession. This has affected all aspects of life, including healthcare, hitting cancer care especially hard. The government has taken some steps to address the multitude of economic issues, but we have yet to see positive outcomes.

Venezuela is experiencing hyperinflation, with the rate of inflation currently at 82,000 percent. The International Monetary Fund expects a sharp increase by the end of the year.

Expected rate of inflation by the end of 2018

Currency controls on exchange rates have made it difficult to acquire US dollars.

How has this affected healthcare?

According to the most recent government data, from 2014 to 2016, maternal mortality increased by nearly 66 percent. Between 2015 and 2016, infant mortality increased by about 30 percent. These rates can be attributed to a shortage of vaccines, basic medicines, and hospital facilities among other factors. Most hospital operating rooms are out of service and equipment is out of commission because of lack of replacement parts. The system as a whole is under staffed because doctors and medical students are leaving the country en masse.

Strict currency control has led to a shortage of foreign currency needed to import equipment, food, and medicines. Even the most basic supplies, like gloves, are unavailable. Venezuela does not produce medicines or supplies of their own. Local pharmaceutical companies have been forced to stop importing medical supplies and medicines. Due to the weak domestic currency, prices of available drugs, food, or basic supplies have skyrocketed.

How has this specifically affected cancer care?

The Pharmaceutical Federation of Venezuela estimates there is now an 85 percent shortage of medicine and they only have 10 percent of medicines needed for chronic diseases like cancer. These patients are being forced to buy their medications from neighboring countries or else to stop treatment altogether.

What needs to be done