It is time to take action in LMICs to prevent, detect, and treat cancer as early and effectively as possible. 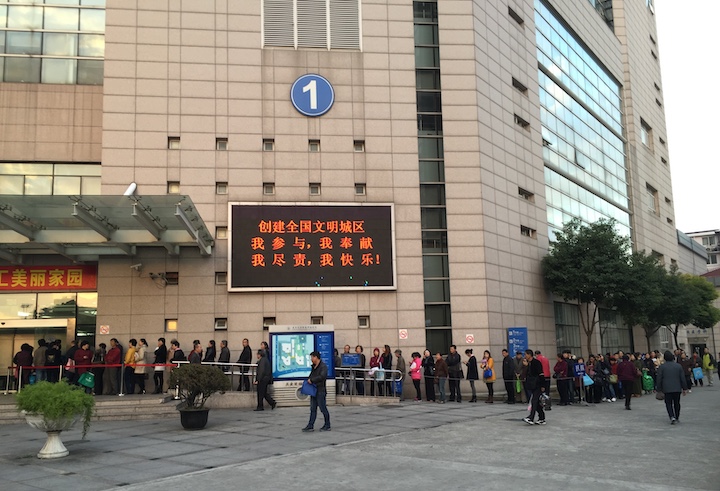 When most people think of health in low- and middle-income countries (LMICs), they think of infectious disease. Infectious disease has, after all, been the most pressing health concern for the less developed regions of the world, and it oftentimes commands the attention of both media and global health philanthropy worldwide. However, what most people don’t realize is that non-communicable diseases, such as cancer, are overtaking infectious disease as the leading healthcare threat in these LMICs. And when the health system needs to divide its attention between what we are now calling the “double burden” of communicable and non-communicable diseases, it can get overwhelmed.

It is easy for public health officials to wave off the more gradual growth of non-communicable diseases in these countries, especially when patients are suffering from acute infectious illnesses that seem to demand more immediate attention. But as cancer incidence in LMICs rises due, among other factors, to aging, Western lifestyles, cancer-causing infections, and carcinogenic environmental factors, governments and health ministries cannot stand idly by. The burden of cancer in LMICs is now greater than that in more developed countries, as more and more patients are dying of advanced stage disease.

It is time to take action in LMICs to prevent, detect, and treat cancer as early and effectively as possible, and this is accomplished through national cancer control plans (NCCPs).

‍According to the World Health Organization, an NCCP is defined as “a public health program designed to reduce cancer incidence and mortality and to improve the quality of life of cancer patients, through the systematic and equitable implementation of evidence-based strategies for prevention, early detection, diagnosis, treatment and palliation, making the best use of available resources.” That’s a hefty definition, but essentially NCCPs lower the number of new cancer cases a country sees each year and improve the quality of care cancer patients receive by following a comprehensive national plan.

National cancer control plans are so important for countries that need to address the growing global cancer burden. Establishing an effective NCCP integrates existing health systems in a country and coordinates efforts to address the complexities of cancer care and treatment. However, many LMICs do not have one of these plans and are even struggling to adopt one in the face of competing health priorities, inadequate resources, and lack of expertise.

Latin America is one example of a region that exhibits a great need for national cancer control plans, but countries throughout the region are struggling to design and implement them. One big hurdle they face? Lack of adequate cancer registries.

Cancer registries are a fundamental requirement for the successful implementation of NCCPs. Why? Because you need to know the problem before you can implement a plan to fix that problem. Cancer registries collect highly valuable epidemiologic data on the state of cancer in a country – which cancers are most common, which areas have the highest cancer burden, who is most affected by cancer, etc. The data collected in cancer registries is essential for health officials to know the who, what, when, where, and why of their national cancer control plans. Armed with the knowledge of the local needs and current deficiencies in cancer care, a country can develop an evidence-based and forward-looking NCCP.

Fortunately, the percentage of Latin American and Caribbean countries that reported having a population-based cancer registry increased from 21% to 67% between 2011 and 2014. However, there is still a long way to go, as the proportion of the population that is actually covered by these registries is still quite low compared to developed countries. As the quality and quantity of data collected in Latin America grows, health authorities can begin to establish specific public health strategies to address the growing burden of cancer throughout the region.

Peru is a great example of a country in Latin America that has created, adopted, and implemented a national cancer control plan, which they have named “Plan Esperanza.” Plan Esperanza was created by a multidisciplinary team, including policy makers, that brought together different constituents to put forth comprehensive cancer control policies. The plan now impressively includes ten neoplastic diseases. Since the adoption of their NCCP, the following amazing things have happened in Peru:

National cancer control plans like Peru’s are so important that coordinated international efforts – spearheaded by big organizations like the WHO – have been cropping up over the past few years. For example, the WHO endorsed the Global Action Plan for the Prevention and Control of Non-Communicable Diseases 2013-2020, which aims to achieve a 25% reduction in premature mortality from NCDs by 2025. WHO and PAHO (the Pan American Health Organization) launched the Women’s Cancer Initiative to bring together partners to set up action plans for the prevention and control of cervical and breast cancer in Latin America. Finally, the International Cancer Control Planning Partnership (ICCPP) was launched due to the combined forces of the Center for Global Health and the National Institutes of Health in the United States, the Latin America and Caribbean Society of Medical Oncology, PAHO, and the Union for International Cancer Control. The goal of the ICCPP is to implement and assess national cancer control plans with a worldwide framework and international support.

Undoubtedly, there is an urgent need to plan, develop, and better implement national cancer strategies, as low- and middle-income countries continue to bear more and more of the global cancer burden. What other countries or international organizations have been particularly successful at designing and implementing NCCPs? What more is needed from the international community to make these important goals a reality? Join the conversation and comment below!