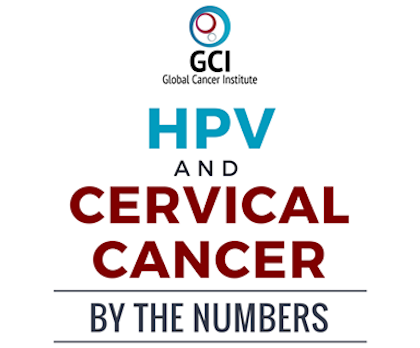 The GCI team recently published a scientific paper titled “An alert to Latin America: Current HPV vaccination trends highlight key barriers to successful implementation”, led by Dr. Angelica Nogueira-Rodrigues. This article will provide a look at the current status of HPV vaccine coverage in Latin America, while a follow-up article will discuss the barriers to vaccination as well as a series of potential solutions.

Human Papilloma Virus (HPV) is the most common sexually transmitted infection that, if left untreated, can lead to cervical cancer. It remains without a cure, but has become highly preventable through a series of screening procedures and vaccinations.

As the first line of defense, Papanicolaou’s smear test (Pap) works by revealing chemical abnormalities that may be indicators of cervical cancer. In high-income countries (HICs), the invention of the Pap smear test has cut incidents of cervical cancer in half, proving to be the most effective cancer screening tool in the history of medicine.

In addition to the Pap smear test, the development of the HPV prophylactic vaccine has been a significant step forward for the medical community. This vaccine, which the GCI team reports as “one of the most important available tools to alter the incidence of HPV-associated cancers”, has enormous potential as a preventative measure in low- and middle-income countries (LMICs).

As outlined above, HPV is specifically associated with cancer of the cervix. Consequently, this means the infection will affect young women the most. The World Health Organization (WHO) recommends that the HPV vaccine be administered to young women when they are between 9 and 12 years old, before most women become sexually active. Many HICs have begun to include vaccine regimens for young men as well. The current recommendation includes 2 to 3 doses, completed over half a year.

HPV is leading cause of cancer in Latin America.

Prevalence of the infection is twice as high as the worldwide average. Panama and Mexico were the first two Latin American countries to include the HPV vaccine in their immunization programs, paving the way for 21 other LMICs to include the vaccine in their national recommendations. However, neither the vaccine nor the smear test have been widely accepted by the people. In fact, “no other vaccine has seen similar decline in uptake in the first few years of implementation as HPV vaccine has in Latin America”.

In Brazil, adherence to the vaccine declined by 23% in just one year. Similarly, adherence dropped by 22% in Guadalajara, Mexico between 2009 and 2013. Colombia experienced an unprecedented decline in uptake, from 97.5% coverage to a mere 20.4% the very next year. What’s more, evaluations indicate that adherence to the second and third doses of the HPV vaccine are far less than the already low rate of first dose adherence.

Due to misguided safety concerns, lack of affordability, lack of access, and cultural stigmas, patients in Latin American countries and other LMICs find themselves unable to receive the care they need and cannot properly combat their cancer. Later this week the GCI team will tackle these cultural and socioeconomic barriers, and try to provide potential solutions to the epidemic that is HPV-associated cancers in Latin America.