The Problem of High-Cost Cancer Drugs in Latin America

Cancer drug prices have been rising for years, and in this new era of targeted therapies, prices will surely continue to rise. 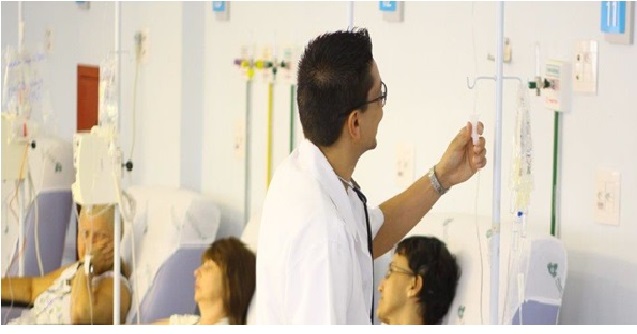 The GCI team recently published a scientific paper entitled “Improving Access to High-Cost Cancer Drugs in Latin America: Much to Be Done”, led by Dr. Rossana Ruiz. This blog post summarizes the key points from the paper about the problem of high-cost drugs in Latin America. A follow-up article will highlight potential solutions to these problems.

Cancer drug prices have been rising for years, and in this new era of targeted therapies, prices will surely continue to rise — perhaps faster than ever. Before 2000, the annual median price of cancer drugs was $12,000; by 2015, this number had risen to over $120,000. This is several times the per capita GDP of any country in Latin America. Because of this, the term “financial toxicity” is included in many discussions about cancer care in today’s world, referring to the severe economic distress that patients and their families experience when trying to pay for standard cancer treatments.

The World Health Organization (WHO) keeps a list of “essential medicines”, which helps guide countries in their health policy decisions and advises them which medicines are most important to provide to their populations. Even though there are three high-cost cancer drugs included on this list, many Latin American countries struggle to procure these drugs and make them available to the general public. This is a huge economic, political, and ethical problem, which threatens the sustainability of health systems around the world.

Why are drug prices so high?

There are three main reasons for the alarmingly high cost of drugs that our paper outlined:

The distinction between “cost” and “cost-effectiveness”

One important point about cancer drug trials is that new drugs may offer statistically significant improvements in survival, but that does not necessarily mean its benefits are clinically meaningful. In other words, statistics may show that a drug prolongs survival by a few days or weeks; however, if we take into account extremely high drug prices, patient and family financial burden and suffering, and drug toxicities and side effects, those calculated improvements in survival may not translate into a truly better option for the patient.

When the U.S. FDA approves a drug, it only looks at benefits and risks of the drug to determine its safety. It does not look at this more difficult question of “clinically meaningful benefits”, or the “value” of a cancer drug. Many other countries try to incorporate cost-effectiveness analyses within their regulatory frameworks (the UK is one example with its National Institute for Health and Care Excellence, or NICE), because the truth is that many cancer drugs are not cost-effective and offer very marginal benefits over current drugs for enormous costs. Some have called this type of cost-effectiveness evaluation the “bridge between research and decision-making”.

Importantly, a cancer drug that is cost-effective in the U.S. may not necessarily be cost-effective in a Latin American country, where normal household income is far lower than in the U.S. Thus, there are systems in place for countries if they want to evaluate not just the cost of a drug, but its cost-effectiveness, as they determine the best allocation of resources for the greatest public benefit.

Zooming in on Latin America

While many high-incomes countries (HICs) have higher cancer incidence rates, countries in Latin America bear a higher burden of cancer. This means that Latin America experiences higher mortality rates due to cancer, sees more advanced stages of disease, and has many barriers that prevent patients from accessing the care they need. And this burden is growing: by 2030, the number of new cancer cases throughout the region is expected to increase by 35% in South America and by 42% in Central America and Mexico.

One large barrier that affects access to high-cost drugs is general underfunding of health systems throughout Latin America. Latin American countries spend an average of 7.7% of their GDPs on health care, which is far less than the U.S. and other HICs. This means that in Latin America, not only do policy makers portion out a smaller piece of the pie to go toward health care, but the pie itself is much smaller; thus, many health systems struggle to finance cancer control efforts.

This greatly limits the provision of cancer care throughout the region. Between 2009 and 2013, 37 new cancer drugs became available worldwide, but only 17 are available in Mexico and 10 are available in Brazil — and these are considered the “pharmerging” countries in the region, so the picture is even more bleak for other countries with fewer resources. Even if some drugs are approved for use in a country, they may only be financially accessible to people with private insurance; if a high-cost drug is approved for the public sector, its use is often severely restricted. This is true even if the drug has been inducted on the WHO’s essential medicines list. In fact, since many Latin American countries recognize access to health as a constitutional right, some patients choose to file a law suit in order to gain access to a specific cancer drug. In almost all cases, the courts rule in favor of the patient, which is certainly good for that patient; however, the legislative process is long and expensive, and this trend of overruling national policies undermines both the legitimacy and sustainability of public health systems.

Finally, one of the most shocking aspects of the issue of high-cost drugs is that several cancer drugs are actually more expensive in LMICs than in HICs. One study looked at eight different cancer drugs and determined that the UK paid less for these drugs than Argentina, Brazil, Paraguay, and Uruguay did. And this was not a marginal discount: researchers from another study stated that the price of one specific cancer drug would have to drop between 70% and 95% to be cost-effective in most Latin American countries, according to WHO standards.

What can be done?

The problem of high-cost drugs in Latin America is complex. It is clear that there are many medical, economic, political, and ethical considerations involved and that there is no simple solution. However, it is clear that the high cost of cancer drugs is preventing many countries from providing life-saving medicines to their population, and numerous standard cancer drugs still hover above the threshold of “cost-effective” in many regions of the world. In a follow-up article, we will discuss some potential solutions that this paper outlined, which could help countries and regions procure high-cost cancer drugs and make them more accessible to patients in Latin America and elsewhere.