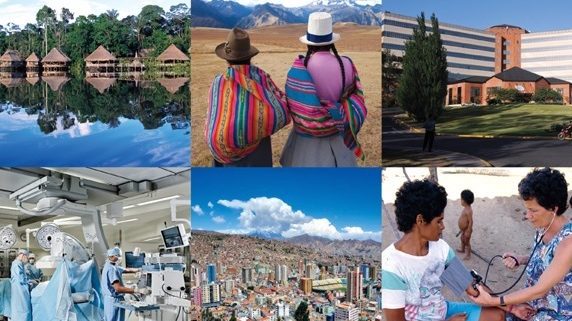 Latin America is home to 60 million indigenous people. There are over 400 different indigenous groups across the region, which together represent approximately 10% of the total population of Latin America. Despite the fact that they make up a large proportion of the region’s population, indigenous peoples are marginalized, mostly poor, and largely underserved. They experience immense health disparities, and in our Lancet Oncology commission on cancer control in Latin America, we specifically discuss cancer risks, care, and outcomes in this vulnerable population.

Although there is no universal definition for indigeneity, there is a general consensus in Latin America that “indigenous” applies to descendants of the people who lived on the continent prior to European arrival. Though indigenous groups are culturally diverse, they share many common experiences - such as colonization, forced migration, marginalization, and suppression of their languages and cultures - that have resulted in similar poor socioeconomic conditions and health inequalities today.

Despite the fact that indigenous people make up 10% of the Latin American population, there is limited epidemiological data on their health conditions and outcomes, especially when it comes to cancer. In fact, there are no national cancer registries that account for ethnicity and indigeneity in the region. However, some smaller studies have shown that indigenous populations in Latin America - like those in Australia, New Zealand, Canada, and the U.S. - have more adverse cancer presentations and outcomes than their non-indigenous counterparts.‍

‍Research has shown that indigenous people are at greater risk for certain cancers and toxic exposures, including:

‍Indigenous populations have relatively poor health outcomes, due not only to their greater risk for certain diseases, but also the many barriers they face when trying to access health care. They often reside in remote or rural communities without access to health clinics or proper cancer screening. When health services are available, they are often of poor quality and patients must undergo long waiting times for screening, follow-up care, and treatment.

Even when an indigenous patient is able to access a health care facility, cultural differences can adversely affect the patient’s interactions with modern health services. Many times, doctors are unaware of or insensitive to cultural differences, or they do not have the time to give proper explanations of the disease or next steps in care. Negative experiences can not only affect the management of the patient’s current disease, but can negatively affect health-seeking behavior in the future.

‍We actually know very little about health and cancer among indigenous populations. Only 10% of medical publications from the Latin American region address indigenous health. An even smaller percentage of this research pertains specifically to cancer among indigenous peoples, despite the fact that they bear a disproportionately large burden of disease. We need well-coordinated research efforts to better understand risk factors, lifestyle factors, social determinants of health, environmental exposures, health-seeking behaviors, and access to oncologic services for indigenous people in Latin America. It is not until we have a comprehensive view of the problem that we can design sustainable interventions to improve outcomes.

‍There are some potential solutions we suggest to begin addressing the burden of cancer among indigenous populations:

With more robust epidemiological data and a deeper understanding of the cancer burden among indigenous peoples, we can then work to reduce health disparities and improve outcomes of this vulnerable and underserved patient population.